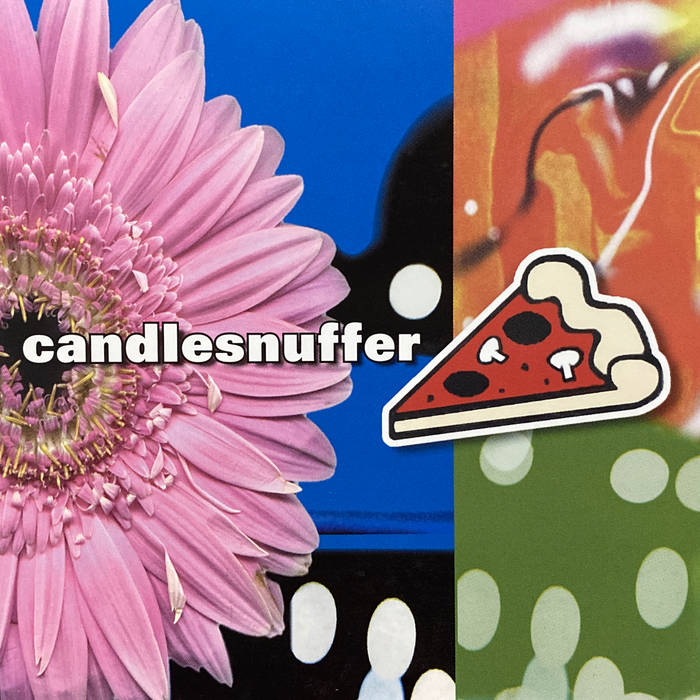 Real Time - review by Phillip Pietruschka
As the variegated timbres of guitar-ness pulsate and blister round your sensorium, like a tissue sample exposed to UV radiation, certain hues/histories detach, fizzle, and disappear-the unlicensed gene splicing of rock’s panache, free improv’s wiring, music concrete’s ear, or any possible permutation. These initial impressions are very revealing of David Brown’s history as an improviser/noise/rock musician whose credentials include performing with Lazy, Bucketrider, Dumb & the Ugly and collaborating with KK Null. Deep-rooted involvement with a multiplicity of modes of addressing the guitar, becomes a complex textual terrain from which shards of the familiar raise themselves in a twisted, mutated and disturbed farrago that shifts between the JP noise onslaught like some kind of animal and quirky dynamics like the weather’s electro-acoustic improv. The bonding agent, preventing the impossible sono-sphere from collapsing around us, is the relationship between performer and instrument. It is the performative qualities-the trajectories, dynamics, and inconsistencies-of highly abstracted sounds on this record that distinguish it from the other new sounds of guitar-where the guitar has been extended and subsumed into a realm of hyper-quantization and digital compression. In effect, revitalizing improvisational gestures through an extended concept of the instrument, incorporating a plethora of pedals and peculiar boxes within the paradigm of the instrument-not merely as post-production tools to get the sound of tomorrow, today. The guitar has become whatever it wants to be, the ‘rose by any other name’ adage has met its anti-matter twin in this fecund garden of the Venus Flytrap. The multiplicity of instrumental identities adopted, impossibly varied-though clearly evidenced at any live Candlesnuffer gig-are the logical extension of Eddie Van Halen and Derek Bailey towards the approaching event-horizon.

allmusic - review by François Couture
Candlesnuffer is David Brown, a long-active experimental bassist/guitarist from Melbourne, Australia. This is his first solo album, released as he was enjoying a higher profile thanks to his group Bucketrider and a CD with KK Null (Terminal Hz). Candlesnuffer is a collection of 14 tracks ranging from noise mayhem the likes of Merzbow to more elaborate electro-acoustic constructions. Central to the music is the electric guitar, the sole purveyor of sound. Brown is a gifted, versatile, and often volatile player. Delicate free improv playing à la Derek Bailey suddenly erupts in noise lava burning everything it comes in contact with. The closing piece, the ten-minute "Song Pluggers," summarizes the whole album: harsh noise textures, careful soft improvising, axe shredding, highly processed textures. This album is much more dense and hard-striking than Terminal Hz, but the guitarist doesn't show off. Like Masami Akita, his music avoids gratuitous noise. Every note, every sound was thought over and painstakingly forged. In "The Ghost of Ginger," the guitar, still recognizable, takes surprising shapes. Oren Ambarchi explores similar ground, but Brown eschews any reference to glitch electronica, working on more - dare it be said - organic and vital grounds. More varied than your typical Merzbow release, more intellectual too maybe, Candlesnuffer adds another argument to plead for the guitarist's international recognition.

Opprobrium - review by Dave Lang
If you happen to live outside of the confines of the Australian experimental music scene, you'd be forgiven for uttering the word "Who?" when the name David Brown is mentioned. All others shall see me after class. Mr. Brown is one of the linchpins in the Australian avant-garde, and has been for well over a decade.
So, skip roughly ten years, in which he played around with various obscure jazz and experimental ensembles and concentrated heavily on his visual art (another story in itself), and land yourself in late '80s Melbourne. Definitely one of the most white-hot bands of their time, and one sadly obscured to just about everyone but to-the-letter obsessives like myself, were power-trio extraordinares, Dumb and the Ugly. With a wildly grimacing Brown on bass, six-string poser (and concurrent member in Ollie Olsen's No at the time) Michael Sheridan on guitar, and Man About Town (and elsewhere) John Murphy on drums (he being ex-News, Whitehouse, Nurse With Wound, Current 93, Nico and pretty much everyone else on earth), their mixture of Hendrix-style trio guitar psych and Swans-esque lard-arsed whump was an experience to witness and a pleasure to whack on one's turntable (thank Dr Jim for that; their recordings from the late '80s/early '90s are mostly still in print and currently being used as insulation in the good doctor's roof). Following their dissolution, Brown went on to form both Lazy and Bucketrider with drummer compadre Sean Baxter (local drunk and philospher king). Lazy are a guitar/drums improv duo who approximate some sort of retarded heavy metal version of a classic Bailey/Bennink recording; whilst Bucketrider, who are assisted by various reedsman, grind up the proceedings with blasts of noise/rock. The latter, in recent years, have also been the toast of the town with their well-publicised tribute shows to Sun Ra and Coltrane's Meditations. All of this is purely background material that's leading up to the review in question, but all of it is worth investigating. In the meantime, David Brown has recorded this solo CD under the name Candlesnuffer. As of writing this review, the CD hasn't been released to the public as yet (my, such influence...) [given the time that's since elapsed, it's safe to assume the CD can now be purchased - Ed], so my expectations of its "success" in purely commercial/units terms barely exists. With hellish distribution screw-ups Down Under and the obvious problems of our Arse End of the World geographical situation, it makes it tough. But if one was to talk of "artistic success" - though probably not in such literal terms - I can seriously say that this CD is in my thinking the best of its kind to've ever been released from this 'burg, and with the "right" people singing its praises in certain overseas publications it might finally get Brown his due. Consisting mainly of heavily treated (and often unrecognisable) guitar spliced up occassionally with some percussion and other effects, the fourteen songs contained within run the gamut from A-Z: from Bailey/Chadbourne-esque guitar noodling to This Heat-meets-Touch/Mego electro experiments to NWW/Kraut-style drones to intense noise blasts and roughly all the points in between. I rarely ever listen to any "contemporary" experimental albums, much less purchase them. They simply don't hold my interest for usually more than a song or two. I remember years ago when I was doing a fanzine I would get every no-talent putz and his dog sending me their "hot" new CD-R or tape of their new experimental project, 99% of which would be promptly thrown in with the garbage or used as a beer coaster. The sad fact is that most of such music is so disposable that it's that easy to dismiss without any feelings of guilt. None of the above applies to this release. A friend (actually one of the people involved in releasing it) played me a copy of Candlesnuffer a while back and it hit me that this was good. With painstaking attention to detail, the ability to really compose an otherwise seemingly disjointed piece of music, to pastiche all the different elements together to create a total album's worth of interesting material and make the songs move along, David Brown, AKA Candlesnuffer, has made a contemporary experimental album I've not only played many times, but one I'd be happy to purchase. I couldn't think of higher praise.